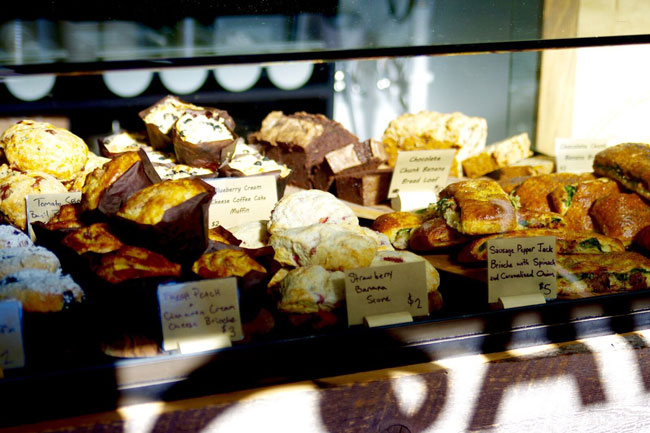 We visited Savory Bake House on a recent Tuesday morning. The sign on the door said closed, the ovens were cold, and the only sound in the place was the low hum of the air conditioner. We found proprietors Max Okray and Sandra Sherva sitting at the counter, the latter contentedly flipping through a magazine. With the weathered air of a veteran, Sherva told us how she had worked in a great many kitchens — Savories European Bistro, The Wedge, Birchwood Cafe, Crema Cafe (now called Sonny’s), Barbette, and Merlin’s Rest among them. Some of these jobs were rewarding, some were punishing, but she learned a lot along the way. And eight months into Savory, she seemed still to be settling into the idea of it, surprised and grateful to have found not only a kitchen of her own. “In some respects this was dumb luck,” she says. “This was just really, really lucky.” Read more [Appeared in Heavy Table. Photo credit: Brenda Johnson] 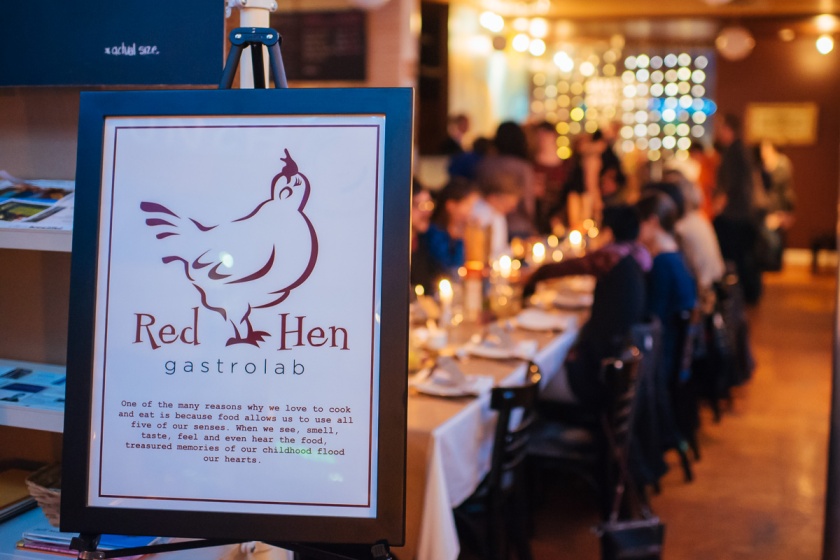 Pop-up dinners are wonderful for everything the name implies: the surprise venue, a restaurant in an unlikely place, or where one was not before, and where a bunch of strangers will gather, for one night only, to share an unusual experience — and a good meal. Or that’s what we hope for. No one really knows what will happen, but we’re all in it together, the diners and the chefs, and that’s the fun of it. On a recent evening, we took our hopes and expectations out to a pop-up at Sun Street Breads. Chef Nettie Colón (above, center) and crew had taken over the bakery-cafe for the night. “Red Hen Dinner Club,” the Facebook invite said, “neither a dinner party nor a fancy restaurant, guests sit at a communal table and enjoy this lively and social dinner. …” In that spirit, the cafe’s two- and four-tops had been pushed together to form one table that ran the length of the room. It was covered in white tablecloths and brown kraft paper, red Sicilian olive-oil … 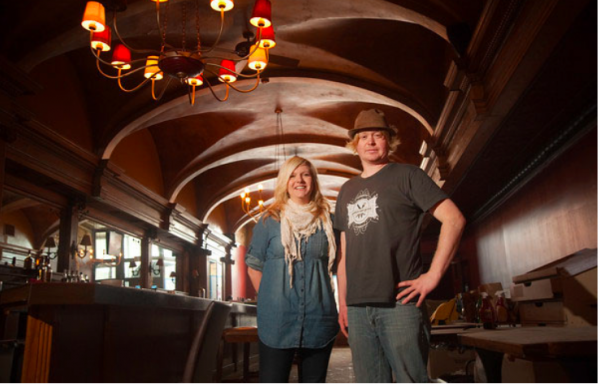 When we talked with Landon Schoenefeld about the influences that have shaped the menu and atmosphere of HauteDish — the restaurant he and his partners plan to open next month — he pointed us to an episode of “No Reservations” in which Anthony Bourdain visits Au Pied de Cochon in Montreal. In it, Chef Martin Picard serves Bourdain Canard en Conserve — duck in a can. This comes after Bourdain has already consumed some 14 dishes featuring foie gras with everything from poutine to bacon-buckwheat pancakes. The server opens the can and, following a certain amount of gelatinous suction, a huge, indelicate glob of duck breast, foie gras, cabbage, and garlic slides out onto a bed of celery root puree and toast. Bourdain declares it delicious and, clearly overwhelmed by the fatty goodness, asks for something to drink. “I think Martin Picard’s food is over the top,” says Schoenefeld (pictured above with business partner Jess Soine). “Au Pied de Cochon means foot of the pig, and that’s what you get; it’s nose-to-tail stuff and it’s … 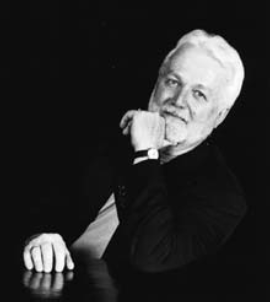 From his home in Saratoga Springs, New York, author Russell Banks spoke with me about character development and The Darling‘s narrator, Hannah Musgrave. Read it [Appeared in the San Antonio Current]

Susan Pagani is an editor and writer in Minneapolis, MN.