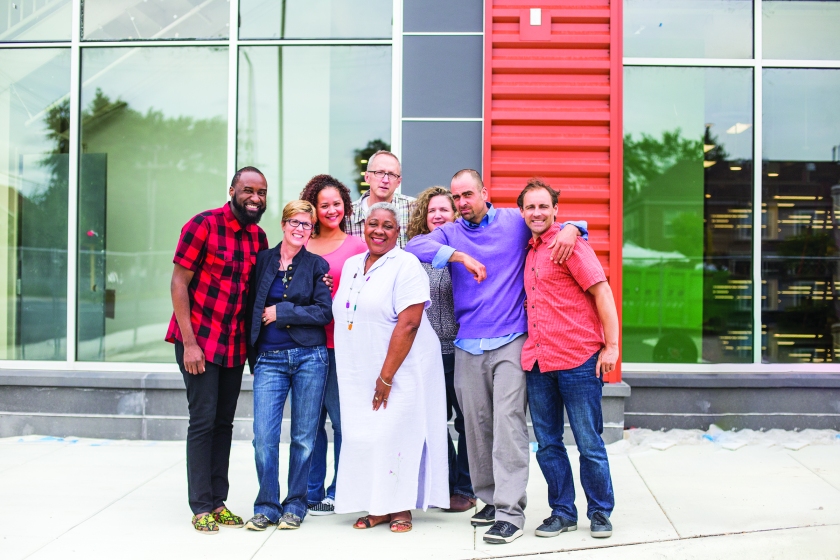 At a few minutes before 8 a.m. on a weekday morning in Minneapolis, there’s a small crowd of people waiting for the front door of the Seward Community Co-op Friendship Store to slide open for the day. They stand under a sign that says, “Everyone Welcome,” and it seems true when Jerry Williams, a department manager, arrives to unlock the door. “Let me at ‘em!” he says and greets the waiting shoppers like old neighbors, even clasping hands with a few of them before they go inside.

Things haven’t always been so harmonious between the community and the cooperative grocery store. For 44 years, the Seward Co-op has been an anchor in the Seward neighborhood, where it operates a grocery store and, more recently, a restaurant. In 2013, the co-op announced it was going to spend $11.5 million to open a second grocery store about four miles southwest of Seward in the Bryant neighborhood. At the time, the people who ran the co-op assumed the community would welcome the new store. There wasn’t a conventional grocery store within a 2-mile radius of the new site, much less one selling organic or fair trade food. The new location, called the Friendship Store, after the Greater Friendship Missionary Baptist Church that once occupied the space, would supply more than 80 new jobs, and 2,000 of the co-op’s existing member-owners already lived in Bryant.

But some community members worried that the new store would bring gentrification, and wouldn’t actually serve the people already living in the neighborhood.

Susan Pagani is an editor and writer in Minneapolis, MN.